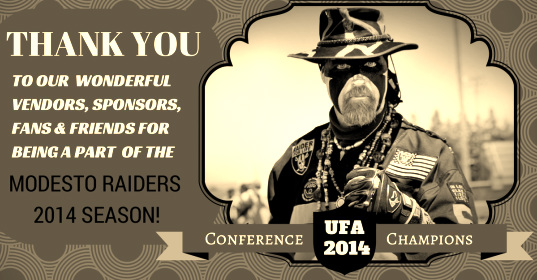 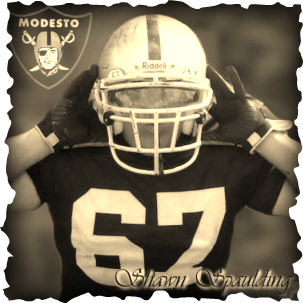 Central Valley Raiders were originally founded by owner Shawn Spaulding in 1992. Shawn owned and played for the team as #67 as guard and defensive tackle.

We first played in the Amateur Athletic Association (AAA) A league based out of Santa Rosa, California. We won the Championship in 1992, 1993 and again in 1994. At the time the team was formed, our only competition locally was from the neighboring cities of Modesto, Ceres, and Los Banos. 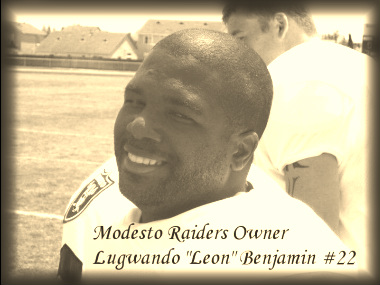 Shawn later met Lugwando "Leon" Benjamin #22. Leon became a running back and kick returner for the team. Later Leon became a co-owner of the team. Four years ago, Shawn stepped away leaving Leon full ownership and control of the team. During this time we were known as the "Modesto Raiders". Leon has more than 16 years in total with the team between coaching, playing and ownership.

The CV Raiders history now encompasses over 21 years as an amateur to semi pro football team. We have proudly been in "back to back play-offs" the past three years.

Last year, we were members of United Football Alliance or UFA. The UFA is a developmental Semi Pro Football league based out of Northern California incorporating Northern Nevada.

The love of football and our community drives the CV Raiders to be the very best we can be.

Thank you to those that participated last year, especially our returning team members and loyal fans. It has been great to see some talented new athletes. Everyone's continued support for the team ensures our commitment to the local community.

If you are interested in advertising or sponsoring contact:
Owner, Lugwando "Leon" Benjamin at
(209) 408-4359
leonb@modestoraiders.com
for more information on our different sponsorship packages.
Powered by